Anchanto's know-how of the APAC region, backed by strong product infrastructure, has helped us establish ourselves as a beauty omni leader in the region.

An insightful case study on how Luxasia successfully managed its brands across multiple channels, expanded successfully in APAC, delivered a seamless shopping experience, and maximized ROI with Anchanto SelluSeller.

A leader in the beauty segment situated in multiple countries, Luxasia had a colossal responsibility of managing seamless eCommerce operations across 11 countries. For such an organization, the challenges were quite riveting:

Given that each country has different eCommerce marketplaces, sales channels and platforms, it is quite challenging for an organization such as Luxasia to maintain total control over its operations while acquiring complete visibility.

With an impressive portfolio of brands such as Bvlgari, Ferragamo, Guerlain, Hermes, La Prairie, Prada, and Peter Thomas Roth, Luxasia wanted a solution to conduct 100% error-free operations across all countries and all channels.

Apart from conducting error-free operations, Luxasia also wanted to grow the business for its brands across all the channels. This challenge was quite big, given that Luxasia had limited prior experience in the APAC region.

Luxasia already had a network of warehouses across multiple regions and an SAP system in place. As the investment in getting warehouses’ SAP system was pretty sizeable, Luxasia was not willing to replace these with a new solution. 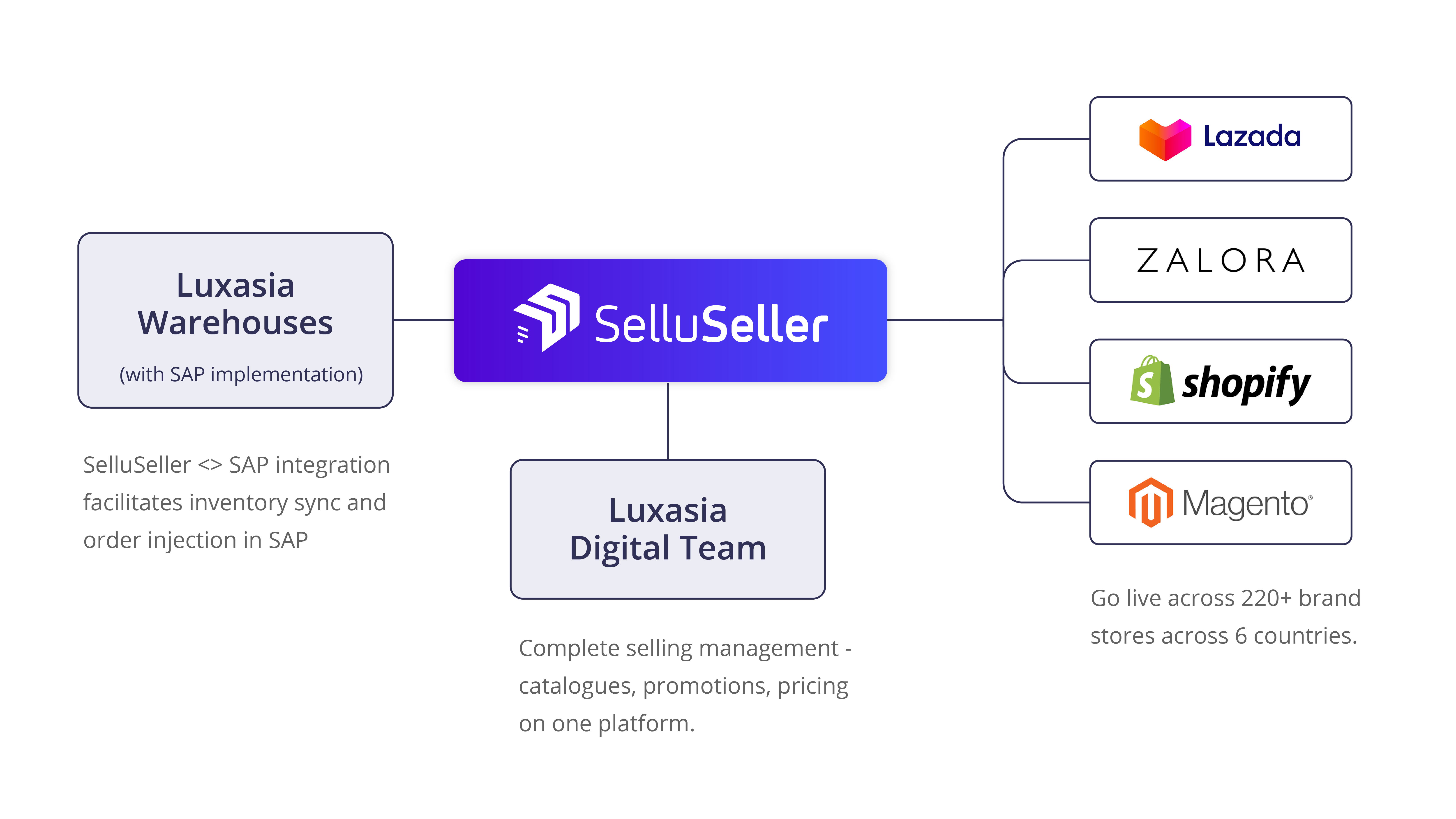 Leveraging SelluSeller turned out to be a game-changing decision for Luxasia’s APAC strategy. The company went on to achieve 7X growth when they experienced massive growth in terms of orders, SKU’s and revenue for all its brands and fulfilled its ambition of running seamless operations in the region in just 1 year. Here are some of the prominent pointers:

With SelluSeller, Luxasia acquired complete control & visibility across its overall operations on a single dashboard. Luxasia was able to collect data for each eCommerce order and also track country-wise operations on a micro level.

Luxasia went live across more than 220+ shops and few other eCommerce platforms in just 8 months for 50 brands after implementing SelluSeller without any negative impact on their backend operations or SAP customization.

They achieved all the growth and transformation without making any changes in their warehousing, staff or SAP implementation. In other words, they got a remarkable profit without investing a single dollar in hard-assets.

Luxasia managed eCommerce operations for all its brands without facing any significant errors or issues. 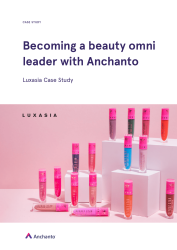 Schedule a Demo
Get Started

Integrate your online channels in few steps, and try out all features of the SelluSeller

Get Started
Get the latest from Anchanto

Cloud Logic Ltd. is a Philippines eCommerce solution provider that focuses on promoting brands an...

A case study on how Asendia, a global post service brand digitally transformed itself and achieve...

From legacy system to new-age technology

DHL transformed its fulfillment system with Anchanto’s modern solution that enabled them to scale...

As per hitherto business practices, fortune brands use a tiered product distribution model across...

When a Fortune 500 cosmetics brand approached Singapore-headquartered Anchanto with their SEA D2C...

The number of digital consumers in South East Asia are increasing continuously. This steady growt...

This case study presents how a Brazilian footwear brand overcame its technological challenges to ...

A leader in the beauty segment situated in multiple countries, Luxasia had a colossal responsibil...